Percy Bysshe Shelley, inspired by the skylark, penned an ode to it. In lines effusive with imagery, he likened it to a sprite, something celestial.

Clearly, Shelley had first heard the bird in song. For, had he seen it in the flesh, he may not have been moved to such emotion. The skylark isn’t much of a looker. It is, as British twitchers say, a DBJ — a dull, brown job.

So brown and so dull is the bird that it gets easily mistaken for the dry grass or field furrows that it inhabits. When it launches into the air, chirruping and warbling lustily, it ascends higher and higher until it is no more than a speck in the sky. All that remains of its presence is song. Song and song alone tell us that the bird is there, somewhere. Emptying its lungs in flight, the bird descends in a cascade of song. Only to repeat the act. It is easy to imagine, given our anthropomorphic compulsions, that the bird loves to sing. More like, it sings to love. Or to live, if consider what function the song plays in the bird’s life. Male and female skylarks are impossible to tell apart, and it is the male that sings and displays to attract the female. The song is an announcement, a message, a serenade and an impression of fertility and good, healthy genes. 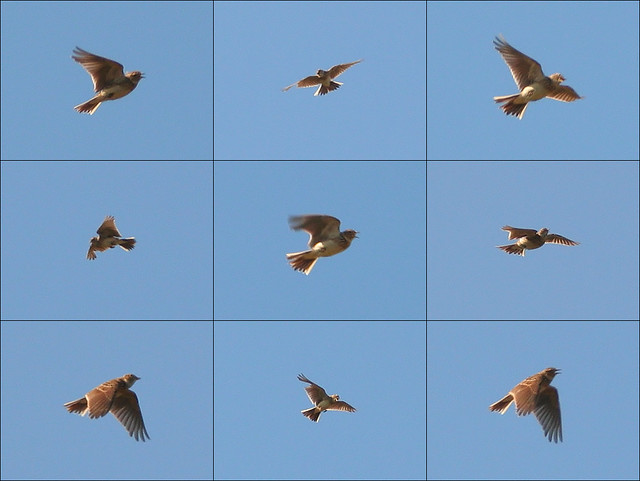 Walking at Goa’s Chapora Fort early one morning, my family and I came upon several Oriental Skylarks (Alauda gulgula) fluttering and displaying in the air. Then, one individual alighted on a low rock not far from us and began to sing. The song carried on, continuous and uninterrupted, for a good three minutes, of which I was able to record nearly two. I was amazed at how complex and varied the song was, and how rich and fulsome in tone. The bird had incorporated a vast range of syllables, and quoted calls of other birds — including bulbuls, mynas, bee-eaters, lapwings and prinias. The song was delivered at an unwavering pitch. Research informs us that male skylarks, being territorial like most birds, build a repertoire of notes or syllables into their song and deliver it without repetition. The more complex and varied the song, the more it is likely to impress his future mate. It is also believed that the songs contain threatening messages intended for rival males. 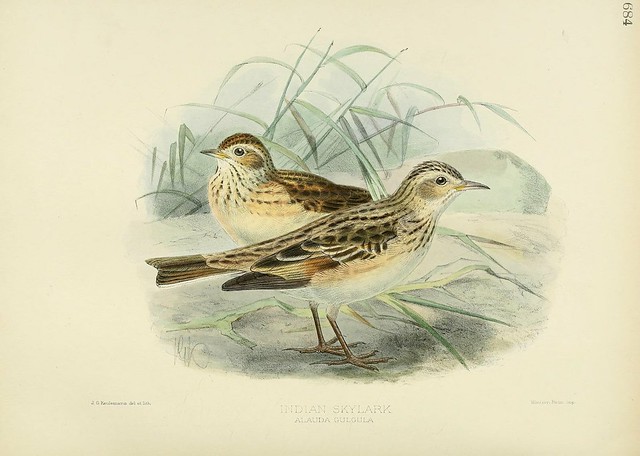 The individual in the video continued to sing long after I stopped filming. Excuse the video quality — it’s the most one can do with an unaccessorized iPhone 5. But then, again, it’s the song that matters. So shut your eyes if you must, yield to your aural senses, and take in the song, every note of it. Listen for the “quotes” where the bird weaves in notes and calls of other birds (see how many you can identify) and marvel.

And remember these lines from Shelley while you’re at it.

Teach us, Sprite or Bird,
What sweet thoughts are thine:
I have never heard
Praise of love or wine
That panted forth a flood of rapture so divine.